Job requires graduate of an approved nursing program and 1 year of Operating Room Circulating Nursing experience or the equivalent.

•      Occasional: Kneeling: Bending legs at knees to come to rest on knee or knees.

•      Frequent: Lifting under 35 lbs: Raising and lowering objects under 35 lbs from one level to another

•      Frequent: Push/Pull: Exerting force to move objects away from or toward.

•      Frequent: Balancing: Maintaining body equilibrium to prevent falling when walking, standing, crouching or maneuvering self, patient and equipment simultaneously while working in large and small spaces

•      Frequent: Bimanual Dexterity: Requiring the use of both hands.

•      Continuous: Auditory: Perceiving the variances of sounds, tones and pitches and able to focus on single source of auditory information

•      Continuous: Vision: Clarity of near vision at 20 inches or less and far vision at 20 feet or more with depth perception, peripheral vision, color vision.

•      Frequent: Pathogens: Risk of exposure to bloodborne pathogens and other contagious illnesses.

Discover your LinkedIn connections that currently work at VUMC or have worked there in the past. 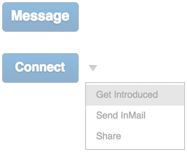 To message a 1st degree connection, click the "Message" button to the right of their name.

To get introduced to a 2nd degree connection, hover over the arrow next to the Connect button and click
"Get Introduced".

Need help writing your message? Scroll down for tips.

If you know someone that works at a company you’re interested in, ask them for help getting connected to that company. They may be able to refer you to a hiring manager or submit your resume along with their recommendation.

I saw that you are connected to VUMC and I wanted to see if you could help me get referred. Let me know, thanks!

If you want to talk to someone you don’t know that works at a company you’re interested in, you can ask a mutual connection for an introduction. Once you are introduced, you can ask that person for help using the tips above.

I saw that you are connected to <PERSON’S NAME> at VUMC and I wanted to see if you could introduce me. Let me know, thanks!
Done

Get this job in your inbox