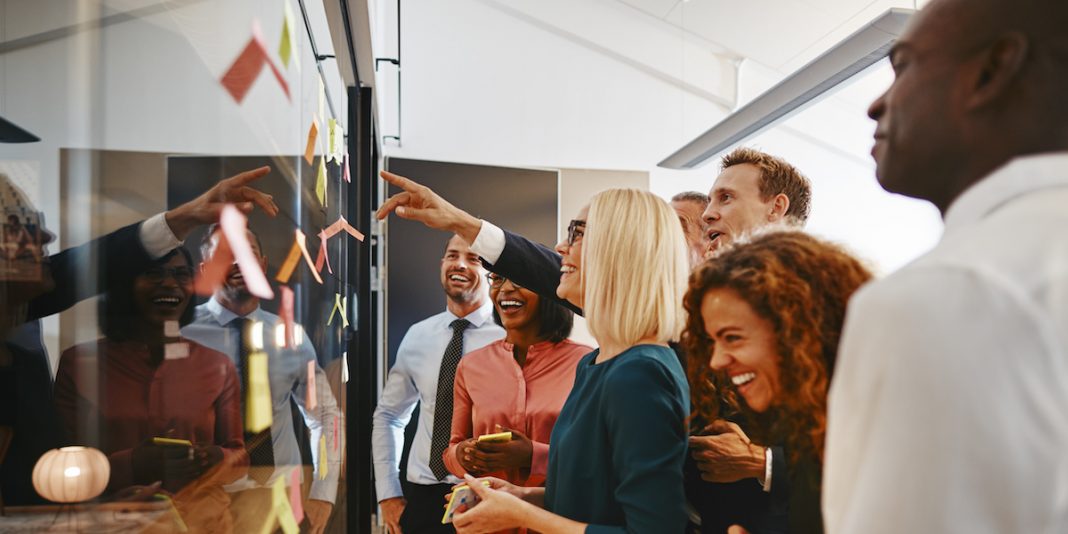 Today, diversity in the workplace is widely understood as not only being ethically important, but also beneficial to the overall success of a company. A 2018 Boston Consulting Group study even suggests that increasing the diversity of leadership teams leads to more innovation and improved financial performance.

While there are still obstacles and outliers, the broader practice of building ethnically and culturally diverse teams has been adopted by many companies worldwide. And hopefully that practice will only become more widespread in the years ahead. So, while we may know that a diverse team can utilize its unique perspectives to collaborate, generate new ideas, and improve upon existing processes, what does it mean to have a cognitively diverse team? And why would a business want to build teams in this strategic way?

What is cognitive diversity?

Simply put, cognitive diversity involves the way an employee thinks and acts. On an individual level, it relates to what motivates an employee and how they utilize their unique skill sets.

Another cognitive diversity definition as defined by researchers of a Harvard Business Review study involves the differences in perspective or information processing styles. Uninformed by factors including gender, age, or cultural background, cognitive diversity focuses on how individuals think about and engage with new, uncertain, and complex situations.

Think about it this way, when looking at a crowded restaurant, imagine all of the different preferences in that one room. Many people may be looking at the same menu but could be thinking about those same dishes in different ways. Someone might not like garlic, someone might love it, someone may be allergic to it, someone—the poor soul—may have never even tasted garlic before. Each person will use their preference to influence what and how they order. If all of those individuals had to eat the same dish, could they find a compromise that not only checks all the boxes, but tastes good as well?

Let’s take a look at how cognitive diversity in the workplace can impact your business’ everyday functions and long-term success.

The Impact of Cognitive Diversity in The Workforce

People think in different ways. Some people may be analytical, while others may be more creatively driven. Even still, there can be structural thinkers, emotional thinkers, and practical thinkers all within one organization. People also process knowledge in different ways. Some individuals prefer to consolidate and deploy existing knowledge, while others may prefer to generate new knowledge when facing new situations.

It’s natural to look to hire and build teams of like minds. After all, if multiple team members agree on certain factors from the get-go, they can act on those items faster—and hopefully see positive results more quickly too. However, people who think in the same way may miss the same things or not fully think through certain areas of a larger idea as much as they should. Essentially, cognitively similar teams may be more apt to set themselves up for oversight or eventual failure. This lack of cognitive diversity is described as functional bias or functional fixedness. Operating as a team built on functional bias can be crippling when faced with recurring problems or needs for new ideas.

Cognitive diversity can make teams more flexible in their approach, whether they are faced with generating new ideas or having to problem solve. Companies can foster cognitive diversity in the workplace by hiring outside of one’s comfort zone, supporting collaboration, encouraging employees to share their ideas or opinions, and—perhaps most importantly—the willingness to listen to and accept other people’s perspectives and contributions.

As the researchers from the HBR report on cognitive diversity suggest, leaders can encourage cognitive diversity in their day-to-day practices by finding someone who disagrees with them and in turn cherishing them. The idea is to encourage people to speak up, but also to listen and truly absorb what others have to say.

How Cognitive Diversity Can Boost Your Employee’s Performance

In general, a team that is built with cognitive diversity in mind should operate in a more agile way. They should be able to problem solve more effectively, be more innovative, and, in some cases, be more productive too. Further, a cognitively diverse team may have the capability to enhance overall team learning abilities. Collective intelligence, as defined by The Oxford Review, involves a team’s combined capacity and capability to perform a wide variety of tasks and solve diverse problems. Cognitive diversity helps to positively impact the rate at which teams learn by supplying the necessary cognitive inputs and differentiators for any desired output.

While there are notable benefits to having a cognitive diverse team, there are pitfalls to prepare against. It’s been found that too much cognitive diversity can end up being costly for a company in terms of hours spent on a given task. Team members with different perspectives have a hard time understanding each other and it can take longer to come together and find an agreed upon solution. Still, the benefits can greatly outweigh the cons. And if applied mindfully and with purpose, cognitive diversity has the promise to enhance new initiatives and solve old, engrained issues.

As an HR professional, it is imperative to fully understand diversity recruitment and eliminate bias as a part of the hiring process—whether in regards to race, age, gender or in the way individuals process and act on information. Attract and recruit the best employees, no matter their background, by learning about the latest social media recruiting trends and how to utilize webinars as apart of your recruitment strategy. Not sure how it all works? See how U.S. Bank uses CareerArc to find top talent!